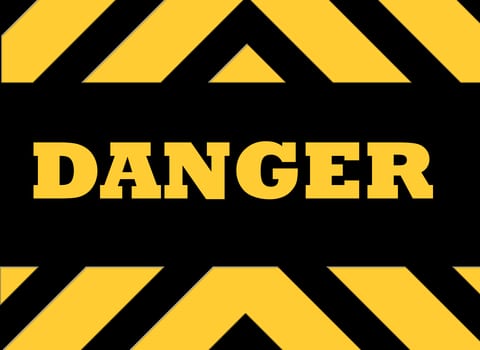 Some organizations should have a warning label: Caution, working here can be hazardous to your health. Complications could include high blood pressure, weight gain, insomnia, and bleeding ulcers.

Behind every hazardous work culture there’s probably at least one dangerous leader who sets the tone. Crawl a little further into these leaders’ heads. Probably, they live with beliefs that make counter-productive behaviors seem totally rational and healthy. I heard those beliefs vocalized by an administrative assistant a while ago in such bald terms it took my breath away.

I was about to start a strategy session with a leadership team. She was organizing the otherwise-empty room, setting out breakfast, dropping off snacks.

She said quietly to me, “I wish I could be here in the meeting.”

I paused, sensing something else was coming. “I mean, how do you do it?” she asked.

It’s a good question. How do I do it? I wondered.

She smiled slyly. “How do you get a group of senior leaders to actually work together? It must be a huge challenge.” She blinked at me knowingly. I stared back, puzzled.

“Ummm. Well, it has its moments but which challenge are you referring to?”

“Well, let’s face it. All of these people got here by stepping on others, by using and abusing people, by watching out for themselves. How do you get them to turn that off and start working together?”

Her belief system was stunning. Leaders use. Leaders lie. Leaders scrap. Because of their inherent selfishness, leaders are highly unlikely to work together.

I later learned that she had cut her teeth at a top professional services firm, one equal in reputation for excellence and aggressiveness. I couldn’t help but wonder if those formative experiences had shaped her view of leaders and work and what’s possible in a company.

Just like family backgrounds have a profound impact on how we see the world, so our early companies often shape how we see life. We pick up their beliefs and attitudes like lint – or sometimes we have an allergic reaction to them and choose to go the opposite way.

Unlike family backgrounds, we can exercise some choice about our companies of origin – at least early on in our careers. So now, when talking with young people entering the workforce, I’m going to give them a little advice: choose your company of origin carefully. We all like to believe the myth that we’re independent thinkers, impervious to the influence of those around us. It’s a lie. And we should get over it.

Here are a few beliefs you might pick up from the behaviors around you early in your career:

Many of us are past those days of choosing our companies of origin. We have a stack of beliefs we’ve picked up along the way at our various employers and clients. But we aren’t powerless about this either. We aren’t doomed by the attitudes we picked up. We just have to challenge them a little bit.

Here’s how. Start by recognizing beliefs when they pop up, often in statements that begin with “all” or “none.” For example, the assistant I described above had a belief, stated bluntly as “All leaders are self-serving, Machiavellian liars.”

Wherever you are, do all in your power to create your own exemplary workplace – a place where you’d want your child or your best friend’s child to have her first work experience.

Jeff helps firms set smart growth strategies in motion. He was the SVP of Marketing at Genworth Financial, the Global Marketing Leader at Hewitt Associates, and held senior roles at Towers Perrin and Andersen. Learn more.

Get my latest ideas, tools, and white papers.

Share This
We use cookies to ensure that we give you the best experience on our website. If you continue to use this site we will assume that you are happy with it.OK