Four Keys To A Successful Breakthrough 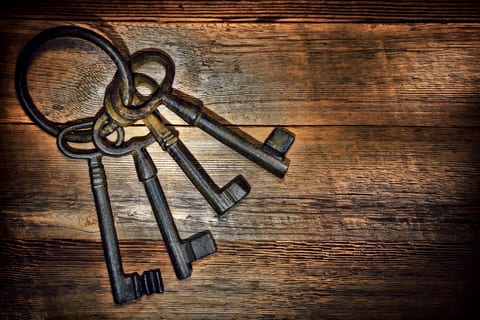 “I’m worried about where you’re going here!” It had taken the CFO a day and a half to finally burst. He had been watching our planning session proceed, only commenting when his financial expertise seemed relevant. But after the CEO’s description of his expansive vision for the company, the CFO had finally had enough.

“What are you worried about?” Chris the CEO said, a little stunned that his normally taciturn financial sidekick had been so direct.

“You’re telling us all of the beautiful things our organization should be doing. It sounds great on the surface. You call it vision. I think it’s really mission creep.”

I felt a familiar mix of reactions to this exchange. On the one hand, I was rubbing my hands together with anticipation. This moment in the planning process can precede a breakthrough, that moment when we climb beyond superficial solutions and find creative alternatives to deep issues. This company desperately needed a breakthrough. Its market was depressed. Its products were aging. Business as usual could end up badly.

On the other hand, this moment can get messy. Though I’ve never personally experienced labor beyond witnessing the birth of my two sons, the process of a leadership team achieving breakthrough can look like collectively giving birth. There’s pain. There’s pushing. You get stuck for what seems like an eternity.

The whole experience sometimes scares people off. Teams fear getting stuck. The leader fears giving up control. Many teams either avoid the whole chaotic affair or they do a sanitized, superficial version of the process that promises safe outcomes. While tidier, there’s no baby after that approach. Maybe you get to cradle a doll that looks and coos and even pees like a baby. But the real thing comes from the mess.

After the CFO’s outburst, I called a break. I knew what was going through Chris’s mind. He had had private reservations about opening up his strategic planning process to his team, fearing that the group would slam on the brakes when he wanted to go in a different direction.

Out in the hall, Chris asked me, “How should I handle this situation?”

“Don’t worry,” I said. “In the end you won’t have to lead a charge in a direction you don’t believe in. But we might just be on the verge of a breakthrough.”

Chris took a deep breath. We agreed that he would listen carefully to his team members, to understand where they were coming from, to try to find that place where their points of view intersected with his.

In other words, to wait for the breakthrough.

After the break, I called the group back together. “I’ve been talking with Chris over the break. Here’s what it looks like to me: Like many visionaries, Chris wants to stretch your organization to achieve more for your customers and stakeholders than we’ve ever even imagined. He sees possibilities. Beyond that, I think he believes that holding pat is actually a risky path, maybe even a slow death.” Chris nodded his head.

“Others in the group are worried that this expanded vision will set unrealistic goals that they will never meet. They’re worried they’re being set up to fail.  You want to succeed. And success means hitting realistic goals.” The CFO and a few others in operational roles gave knowing smiles.

“OK,” I continued. “We’re at a point in the process where it’s time to go for breakthrough. This isn’t on our agenda because you can’t plan for when it will happen. It’s a detour. But if you’re up for it, it could be very productive.”

We dove in to a rigorous and difficult conversation that had an unusual outcome: everybody got a version of what they wanted. Here’s why:

Even when you persevere in the labor for a breakthrough, it doesn’t always happen – at least not on schedule. And when you do get a breakthrough, it will need tender care and feeding until that fragile new life is ready to leave the hospital and venture into the big, bad world. But you dramatically increase your chances of seeing that breakthrough burst into life, seemingly out of nothing, when you navigate the mess skillfully like these folks did.

Jeff helps firms set smart growth strategies in motion. He was the SVP of Marketing at Genworth Financial, the Global Marketing Leader at Hewitt Associates, and held senior roles at Towers Perrin and Andersen. Learn more.

Get my latest ideas, tools, and white papers.

Share This
We use cookies to ensure that we give you the best experience on our website. If you continue to use this site we will assume that you are happy with it.OK